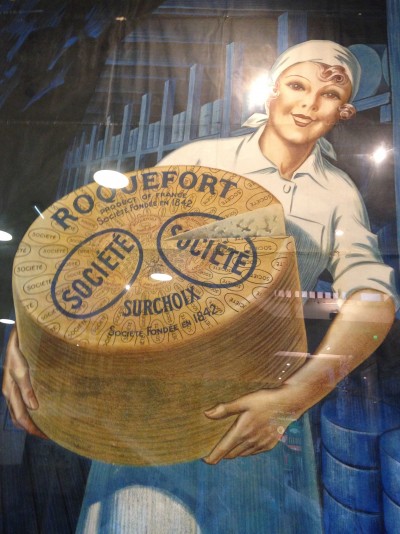 Driving 1200km through France with a friend is a wonderful thing. But I am not going to lie. We had our moments.

Not long after leaving our hotel in San Sebastien, we found ourselves driving the wrong way down the main artery of town in morning rush hour. I was driving, but did not know how to put the car in reverse, so Shelley reached over and did it for me.

Team driving, that’s how we roll.

And then we reversed that Fiat Panda 2km back down the freeway.

We thought Sean was being awfully quiet, per chance traumatized by the wrong way fiasco, when we discovered that he had in fact died.

In so doing he kinda screwed us over.  Sean, I mean really, WTF?

We had to make our way to Roquefort, home of delicious, stinky cheese.  Using our phones would probably have meant spending all our money and becoming homeless. So we resorted to the emergency back up plan. I had printed out the Google Maps directions for each of our destinations. Awesome. We could pretend it was 1989, and we were road tripping with olde fashioned paper maps. 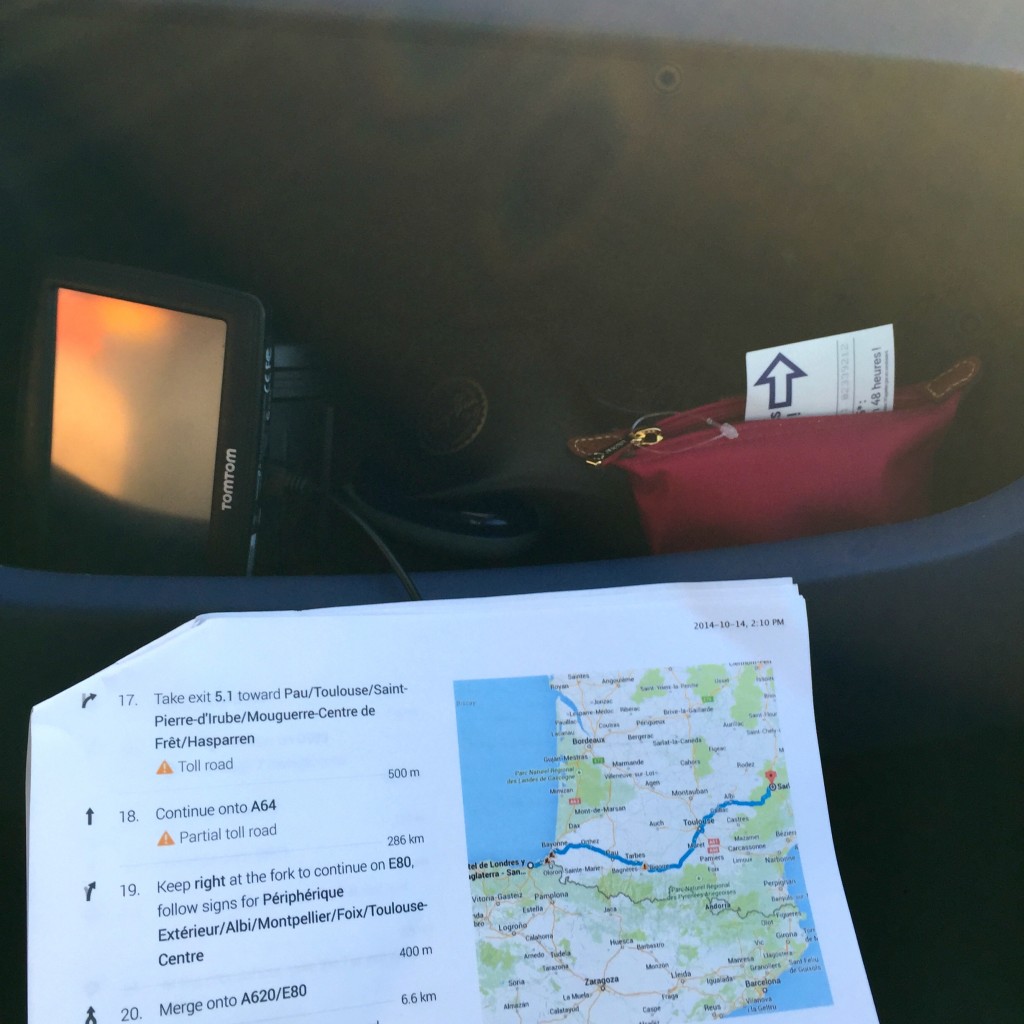 For reference, it’s a loooong way from San Sebastien to Roquefort.

We ate Bugles and strangely flavoured French potato chips and gas station sandwiches.  We are talking polar opposite of Mugaritz.

We went through 2000 round-abouts.

We spent approximately a gagillion dollars on tolls.

We followed those paper maps with laser like focus………Most of the time.

We stopped to take pictures at scenic spots (there were many) and Shelley did not drive off the side of a mountain, despite being certain this was imminent. 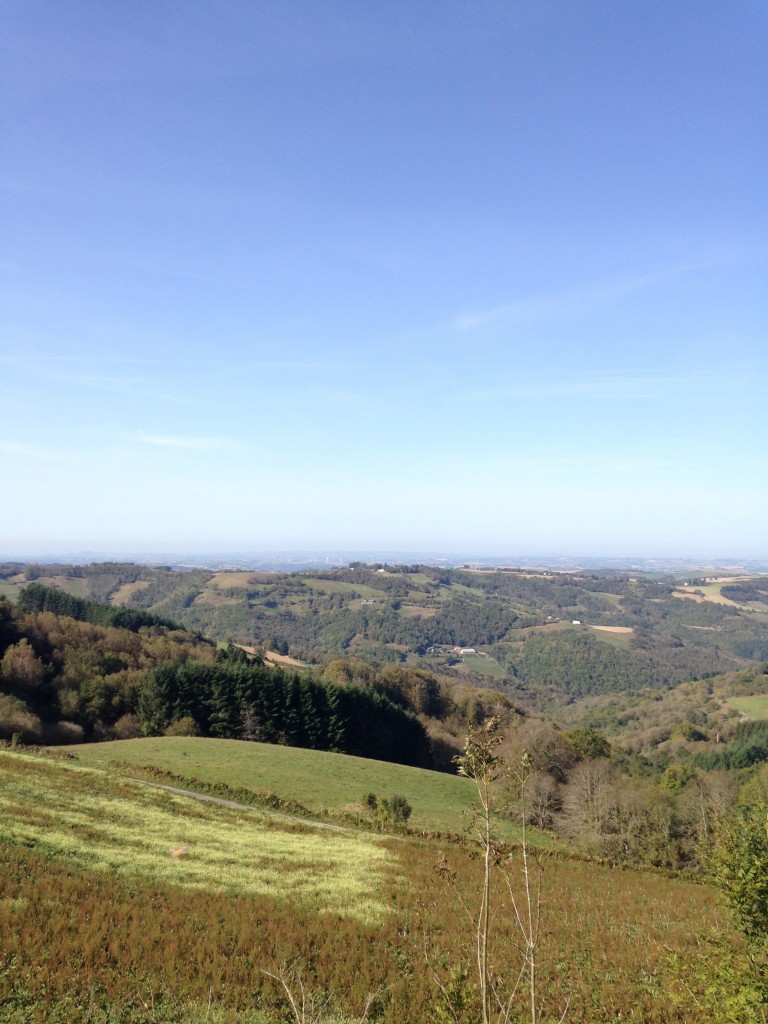 We finally arrived at Roquefort.

The tour was fascinating.

It was only in French. 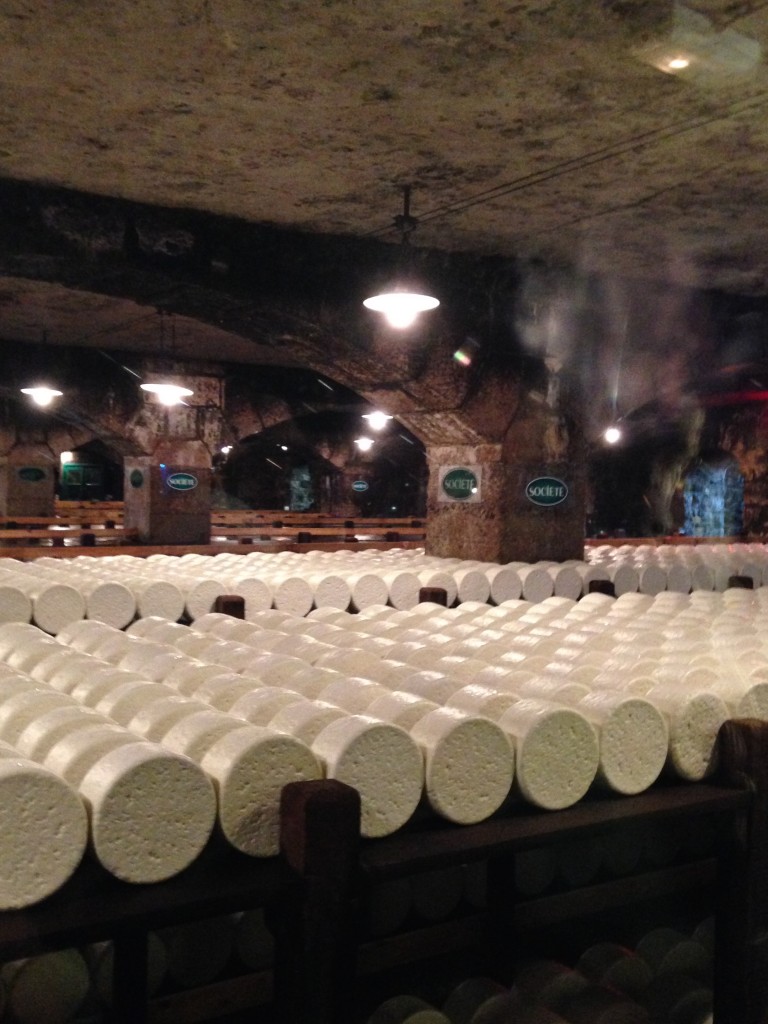 The ancient caves were dank and smelly with mould.

In the planning of this trip we knew this was going to be a long day with lots of ground to cover. After the tour and the degustation at Roquefort, we made it to our Chateau in time for a glass of wine before the sun went down.

“To friends who drive across France with you in a Fiat Panda, with paper maps and bugles and and act sort of excited when you finally get to your stinky French-only destination to check an item off your gastronomic bucket list!”

R.I.P. Sean O’TomTom – you were helpful while you lasted – but we did just fine without you. 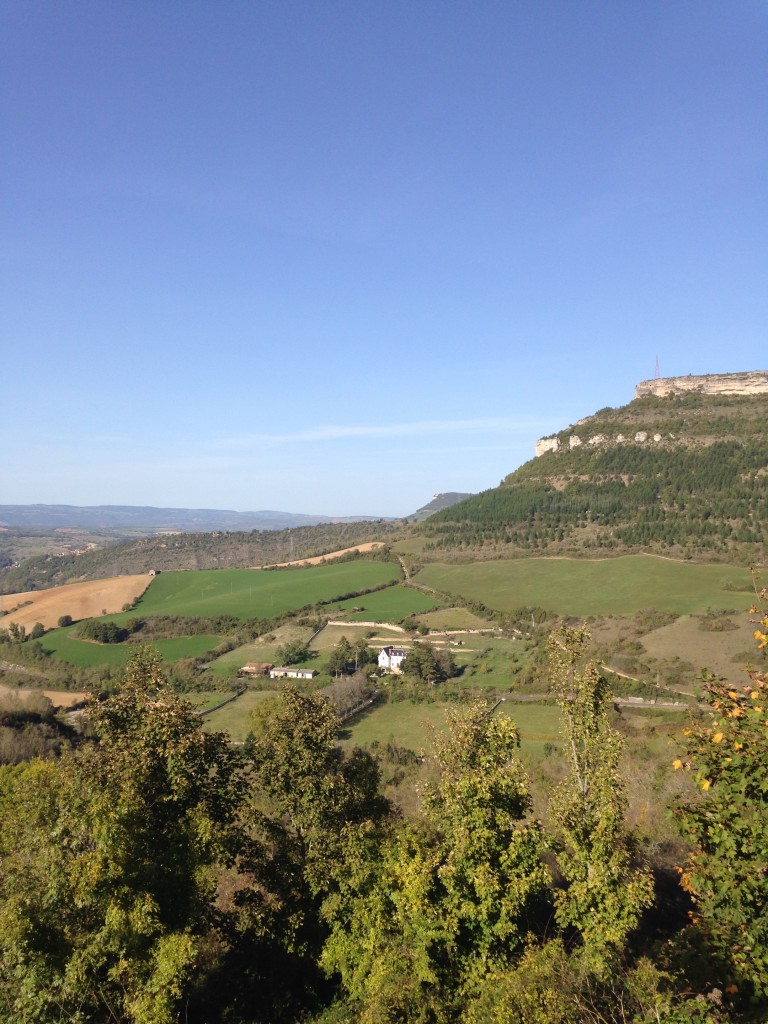 If you want to visit Roquefort, here is a link to the site. Warning – they told us that many who visit in the heat of the summer leave the tour half way through as they cannot stand the smell of the aging cheeses.  And brush up on your French.

We stayed at this wonderful refurbished Chateau – location was perfect and the food was divine.  Especially the profiteroles!